Access to the leading voices in advertising, marketing and media.

Each month The AD Club is proud to recognize an outstanding individual whose dedication and volunteerism makes him or her a valuable member of our organization and the industry at large. This month, on the heels of another successful Advertising Week, The AD Club is thrilled to honor Matt Scheckner, CEO of Stillwell Partners, for his immense contributions to the business. 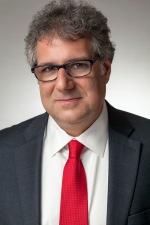 You’ve just wrapped up your 11th Advertising Week, what were the most common topics of conversation this year?

The thought leadership program, 247 seminars strong this year, is the foundation of Advertising Week. By design, there is no singular theme but the agenda is a crafted as a hybrid of subject areas which are “of the moment” blended with conversations with some the very best in the industry and pop culture. This year, there was a great deal of content around the white hot things we, as an industry, are talking about. Big data, branded content/entertainment, cross-screen, health & wellness, native, mobile, programmatic, and video were just some of the things that were prominent. Beyond that, we were thrilled to have an amazing slate of A-listers like Jessica Alba, Irving Azoff, Mario Batali, Lewis Black, Hannibal Buress, James Dolan, David Fincher, Dave Grohl, Jon Kamen, Jamie Oliver, Nile Rodgers, Michael Strahan, Harvey Weinstein, as well as Arianna Huffington, Marissa Mayer and Sheryl Sandberg on the program.

What were the most surprising and/or provocative themes this year?

There are just so many layers of the onion as it pertains to the evolution of content, especially in video. Technology has changed everything so quickly from creation to distribution to consumption. So the pace of change and how the various parts of the ecosystem are adapting and evolving is probably the most provocative area we see. I wouldn’t say there was anything “surprising” but what has changed is that we, as an industry, have had another year under our belt to better understand all of this and I think that the discussion has evolved and become more focused from what has been learned.

It’s certainly growing both in New York City and in London, home of Advertising Week Europe. The business is changing so quickly. Back when we began in 2004, none of the trends or technologies that dominate today existed. Facebook was only on the Harvard campus. There was no Android and Apple was struggling, pre-iPhone, iPad and iTunes. There was no YouTube. No Twitter. No one was talking about social media or mobile. So our challenge is to keep leading the way forward and present the very best and brightest. The world has become both larger and smaller at the same time — larger in the scope of what this industry does and smaller in that communities in disciplines are tighter than ever — and that has created a larger talent pool to draw from. But more than anything else, what has fueled our growth is a resistance to ever get married to our own ideas or say “that’s how we do it.” In essence, we “tear the building down” every year, and build a new one so that it continually improves.

How do you envision Advertising Week 50?

New York City is the first and will always be the mothership. London has proven that our concept has legs. We’re hard at work now looking at the next two markets, likely in Asia and South America. So over the coming years and decades, we expect to tackle the world’s biggest markets and continue to engage enlighten, educate and entertain. In 50 years? You’re guess is as good as mine, but I do know that we will continue to keep it relevant and vital to the industry.

What are your goals for the future?

To keep surprising everyone, that’s a big motivator for us.

In your opinion, what work is among the bravest being done today?

We gravitate towards the companies that embrace causes and nurture impact as central parts of their marketing mix. We all have an opportunity and, I would argue, an obligation, to leverage our platforms to help people, whether it’s in our out of our industry. We’re blessed, fortunate and are very much in the “1 percent.” So we admire and respect those who are working to help the other 99 percent.

This site uses Akismet to reduce spam. Learn how your comment data is processed.